Are Low Interest Rates Helping Or Hurting The Economy? 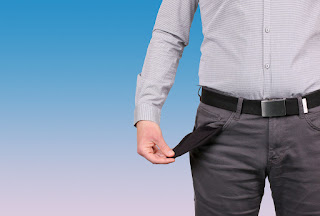 It is a given these days that if you want to juice the economy, you need to lower interest rates. This makes intuitive sense because it means borrowing costs are lower. And if borrowing costs are lower, than businesses and consumers can spend more. And more spending means more GDP and a stronger economy.
But then with interest rates at historic lows (and even negative in Europe), why do we not have a stronger economy (COVID aside)? World production was already starting to slow prior to COVID, and monetary authorities have not been successful in generating additional spending by businesses and consumers. U.S. GDP, World GDP, wage growth, and inflation have all been sluggish over this last decade.
My thinking is we are now in a world where lower interest rates are actually stifling spending instead of boosting it. Think about it, lower interest rates only help if businesses and consumers have something to buy that creates spending and jobs. But we are now in a world where that isn't as effective.
In the case of businesses, it used to be that they needed to borrow money to expand their operations. But in today's digital age, that is no longer the case. Growth comes from innovation, technology, market share, and other factors that require a lot less traditional capital investment.
So instead businesses are using those low interest rates to borrow as much as possible to buy back shares. But buying back shares does nothing to generate economic activity (more on this when I get to the wealth effect below). Instead it just traps that money in the financial markets.
Now in the case of consumers, again the thinking is low interest rates will generate more consumer spending. But the make up of the consumer has changed. The majority of consumers are either baby boomers that likely have all they need already or millennials and Gen Z that are considered higher risk due to their limited net worth and income and not able to borrow much no matter what the interest rates are.
To compound the issue, consumers feel more uneasy in a low interest rate environment because they can't count on their existing savings/investments to be enough to last them through retirement. So they are highly motivated to save as much of their income as possible which stifles spending and the economy.
Rising stock prices and home values help create wealth which in theory could lead to more spending (this is called the wealth effect). However, either consumers are reinvesting any gains/proceeds because of the issue of not having enough for retirement or their investments are locked up in tax deferred accounts like 401Ks and IRAs and not able to use that money yet for personal consumption (nor do they need to because once again they are likely baby boomers and have everything they need at the moment).
Now think about what higher interest rates might do. First for consumers, this would give more confidence to baby boomers that they can earn enough on their investments (in a safe, dependable manner) to start spending money. Maybe they would also start to give some of their wealth away to the younger generation who could use (and spend) this money. This would generate real spending and economic activity.
For businesses, higher interest rates would keep them more disciplined. If the "safe rate" is higher, then the business needs to generate a return higher than that to justify the risk. This means they would actually start to focus on productive investments to generate returns for their investors. They would no longer just borrow money for nonproductive uses like share buybacks.
So if low interest rates aren't helping, why do our leaders keep trying this playbook? It's because they think they can juice economic activity from a top down approach, but that never works in actuality. As we are seeing, the money gets trapped in the financial markets and never leaves the system to generate real economic activity. The way for that to happen is for those investments to generate a yield, a return, and that requires higher interest rates. It will create investor confidence and lead to finally unlocking consumer spending. Imagine if companies instead of doing buybacks had to pay dividends (ideally without double taxing investors on that income). This would be incredibly more productive for the economy than share buybacks because that becomes real money in the hands of stock-owning consumers that can be spent.
Hopefully these points have at least made you think that what we've been told by monetary and investment leaders is worth questioning. In my next post, I will go into the transition of moving from low interest rates to higher interest rates, what leaders are scared of, and why that thinking is too flawed.