Why I Own Bitcoin But Am Skeptical 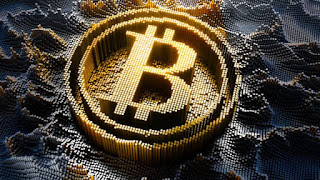 I've been following Bitcoin since late 2013 when someone I was working with at the time made a comment that he wanted to be paid in the new form of digital currency. This was when it was making a run up to $1K and I just brushed it off. Boy that was a mistake!

Since then, I've been following the space and made my first small purchase at the end of 2019 and then again in March 2020 during the COVID market shakeout. I only put in what I was willing to lose which was about 1% of my investable funds. In hindsight, I could have risked more. Maybe 5%.

What I've learned about Bitcoin has been through listening to my favorite investing mentors. Some have been very pro-Bitcoin and others have been very anti-Bitcoin. My feeling is they likely are both right. In the short term, the pro-Bitcoin people will be right. This is a fantastic innovation that will change the concept of money and store of value. It will only gain in popularity as a safe haven from central banks and governments trying to prop up markets using deficit spending and asset purchases. And as more people learn about it and get comfortable with it as an investment, demand will continue to outstrip supply and push the price higher.

In the long run, I see a few issues and challenges that could reverse Bitcoin's fortunes. They are:

I have yet to get great answers from the pro-Bitcoin enthusiasts that address these concerns, so I keep my investment small. It may end up costing me significantly in potential profits but at least I've got some allocated where I'm not missing out altogether.
To me, Bitcoin will end up just being another form of fiat money since it too is not backed by anything real. But it has the added disadvantage over other fiat money of requiring a lot of resources and energy to maintain it. If there is one thing I've learned about humanity, we will find a way to destroy inefficiencies.
The only reason it has value today is because a lot of people trust the platform and see value in its limit of 21 million coins. But as I've outlined, there are lots of ways that trust in its value can get compromised.