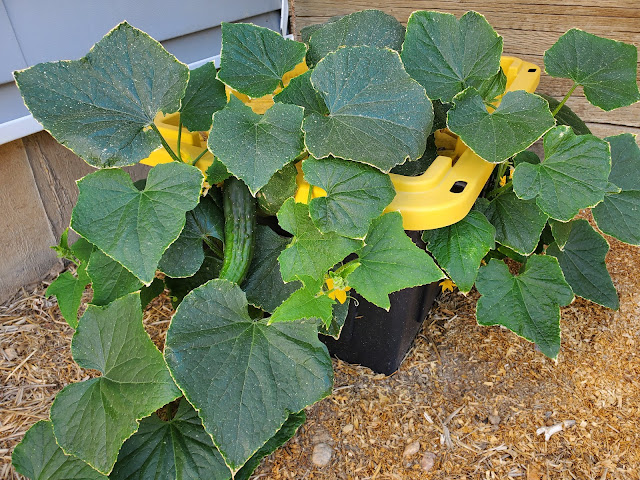 I decided this year to experiment with hydroponics. It started with a Christmas present where my wife got me a hydroponic herb set using colored glass mason jars. That ended up being a total failure because I got massive algae blooms because the mason jars still let light in. But I had the net cups from the system that I could repurpose.

I had been watching YouTube videos on hydroponics and came across a video from Arms Family Homestead where they grew cucumbers in 5-gallon buckets and 55-gallon drums. Cucumbers seemed like the perfect thing to try because they don't grow well in Denver's hot, dry climate and clay soils, but hydroponically they might have a chance. However, to me the 5-gallon bucket didn't seem big enough and the 55-gallon drum seemed way too big, a true Goldilocks moment.

Then I found in my garage some unused 27 gallon black storage bins with yellow lids (the kind that you can find at Home Depot or Costco for pretty cheap), and the light bulb went off. This could be the perfect thing to grow cucumbers in. It is right between the two sizes that Arms used, and they are black and can't let light in which should fix the algae issue.

I cut a whole in the top of the lid to rest the net cup in. Then I grew a cucumber in a Silo cup from seed in some potting mix soil. That took about 3 weeks for it to get big enough to transplant into the net cup. I pulled the plant out and separated the dirt so all I had was the plant and root system. I tucked it into the cup and surrounded it with pebbles. The mason jar system also had this great idea where they used a fabric strap to act as roots to keep the plant hydrated in the cup until it could develop long enough roots to reach the water.

I filled the 27-gallon bin with probably 22-gallons of water until the water level just touched the bottom of the cup. I then used a super easy and simple hydroponic mix that I found at a nearby pot grow store (we now have lots of these in Colorado). It is Heavy Veg-A and Veg-B by Heavy Sixteen (see picture below). This one to me even beats out other types of hydroponic mix that I had been researching on Amazon and YouTube. All it takes is one teaspoon of A and one teaspoon of B per gallon of water. And the mix seems to have the three major nutrients but also critical minor nutrients and vitamins that enhance the flavor and texture of the food. I set the bin in a part of the yard that gets about 4 hours of midday sun a day but is also somewhat protected from wind and rain.

Needless to say I am having amazing results based on the pictures below. I got my first cucumber last week and added it to a fresh salsa recipe with cherry tomatoes, red onion, red pepper, avocado, salt, and lime juice. It was delicious! And now the plant has 4 other cucumbers that are starting to grow. I should have a continuous bounty of cucumbers for the next couple months. I may need to add a few more gallons of water to maximize the yield but I still have about 5 gallons left. So I'll start checking weekly to see if I need to add more or not. I will definitely be growing cucumbers like this from here on out. 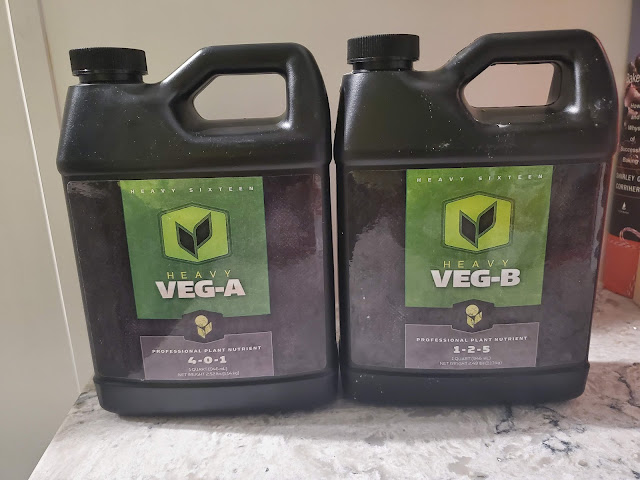 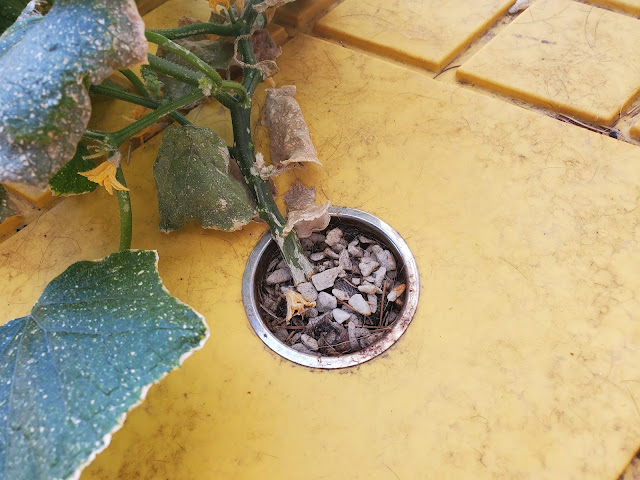 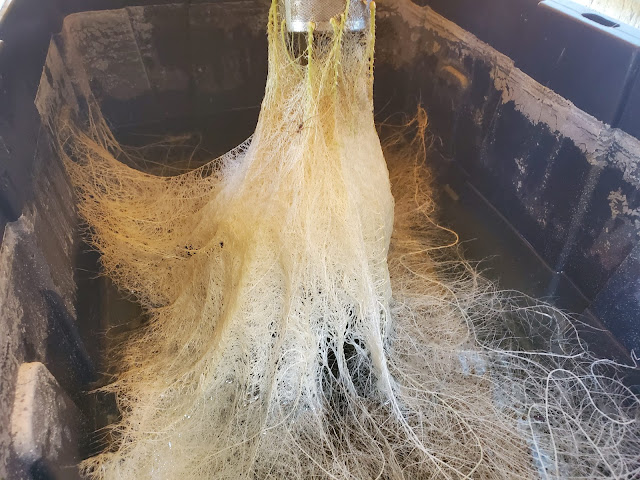