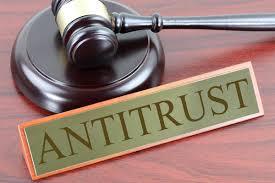 The U.S. antitrust approach over the last few decades has really failed the American public. The lawyers' and judges' single focus and interpretation has been on price competition - so long as prices can stay competitive, there is no monopoly. The problem is that this has allowed companies to keep prices flat or even decrease them while they find ways cut labor, implement cost-saving technology, and offshore production to boost profits.
Now corporate profits as a share of GDP have stayed consistently above the centuries long average of 6% and even approached 12% over the last 20 years. And the share of labor to corporate revenue has steadily declined while wage growth has stagnated and not kept up with inflation. I believe that the combination of Federal Reserve policies along with this weak interpretation of Antitrust law has created the deep economic divide and wealth gap that we face today.
Antitrust law should have looked at a few other things besides strictly price increases. First, they should be looking at profits, not only at a macro level (like the stat above of corporate profits as a % of GDP), but also at an industry and company level. For example, when you look at the incredible level of profits of the major technology companies, it should raise questions and spur investigation.
Next they should be looking at market share. Someone like Amazon has been able to impact several industries, particularly all things retail. First it was bookstores, then electronics, now clothing and grocery. Just because Amazon has been able to drive retail prices lower doesn't mean there aren't unintended consequences on other facets of the economy.
Lastly, they should be looking at the way they measure inflation. Are they looking at the true costs of things and how they should weight them. I'm sure you've all seen the tricks that packaged goods companies play by reducing the size of something but keeping the price the same as before. Is this being adequately factored in?
Of course, this example really doesn't move the inflation needle in the grand scheme of things. But what certainly should are the two biggest costs to households - housing and healthcare. As everyone is aware, these two costs have steadily increased in price to unsustainable levels. Is this being adequately factored in? And why isn't this being dealt?
To address housing prices and the cost of real estate, perhaps there should be limits on the number of homes people can purchase as investment property. This would increase the supply of homes for people who actually intend to live there, and with more supply would come lower housing costs.
For medical, certainly trying anything is better than the status quo we have now. Why can't we start by covering all primary care physicians, telemedicine, and urgent care? It doesn't have to be an all or none approach that universal healthcare promises.
Then also tackle pharmaceutical companies and their pricing practices along with the private insurance market. Obamacare was a good first step by making coverage available to anyone and forcing private insurers into a competitive marketplace, but the policy didn't take it far enough because corporations could bypass the marketplace and get their own plans for their employees. So this kept a majority of Americans (including many of the healthiest) from not having to touch the marketplace themselves. Thus, the marketplaces failed because of limited supply and demand to them.
What if we instead made it so companies could offer insurance subsidies to workers but the workers were responsible for choosing their own plan from the marketplace? This would mean instead of picking from one or two company health plans, every American whether they had a job or not, got to customize their own health plan according to their needs and had dozens of insurers to choose from. Plus you wouldn't have to deal with COBRA insurance or changing insurance plans if you were between jobs. After all, it is your own plan, not your company's.
If politicians could get corporations out of the health coverage market, it would make a huge difference in driving down medical and insurance prices.  Everyone would be forced to the marketplace so competition would have to flourish. But the health insurance companies have too strong of lobbyists and political influence to ensure the status quo stays in place to protect their businesses and profits.
These ideas seem obvious and should be explored by politicians, lawyers, and journalists if they actually had the public interests in mind. It will now be up to the public to bring about the awareness and change that is needed.